The word Hakuna Mateffect is derived from two phrases: “Hakuna Matata” and “Effect”.

According to the Oxford Dictionary, an effect is defined as “a change which is a result or consequence of an action or other cause.” “Hakuna Matata” means no worries in Swahili. This phrase which became very well-known with the making of the Disney animated film “The Lion King”. This proposed tactic- The Hakuna Mateffect tactic aims at creating a sense of hope, happiness and freedom through design. This tactic is focusing mainly on children, thus another reason to use the word “Hakuna Matata” to remind designers of the end-user. The latter could also include patients in hospitals or just the general public who need a little hope and happiness in their life.

This tactic is used to design a new experience for the users who already have a feeling of sadness, fear and anxiousness before receiving a service, product or treatment. It is similar to therapeutic design. For example, one design challenge where this tactic could be useful is “How can we design a new experience for children visiting the dentist cabinet?” Most children have traumatic experience when visiting the dentist for a regular check-up. One of the solution to this design problem is to incorporate an interactive and fun distraction such as an interactive projection in the waiting room or even in the dentist cabinet itself. This will make the patient forget about the worries and look forward to a more positive situation. The result of this tactic could give another meaning to the medical institutions. Instead of associating the latter with pain and death (especially for hospitals where terminal patients go), empowerment and hope could become the major values.

I believe that this tactic will improve the experience of receiving health treatment, avoiding traumatic memories to children, other patients and even people visiting their dear ones in hospitals and even in homes. The negative value that society has associated with medical institution can been changed. We often think of the worst case scenario such as death when we hear someone is going to a hospital or when we entered the building itself. It is true that death is something that happen in hospital but we can focus on more on the positive things. After all these institutions were created to give happiness and hope for a brighter future. Forgetting about the worries for even a second can bring great joy to oneself.

The Therapeutic Design of Environments for People With Dementia: A Review of the Empirical Research

JULIET WONG MIN
Juliet is a second year Industrial Design Student at RMIT University, Melbourne. She was born in Mauritius and moved to the Australia in 2016 for her studies.

​As an artist and designer, Juliet understands the importance of solving design problems and the role design plays in a consumer’s product experience and life. Her design process is open to development and creative. She provides unique solutions to meet user’s needs and wants or to offer ways of redefining the values of products or systems. She also has a strong interest in User centered Design, Service Design and Sustainability. 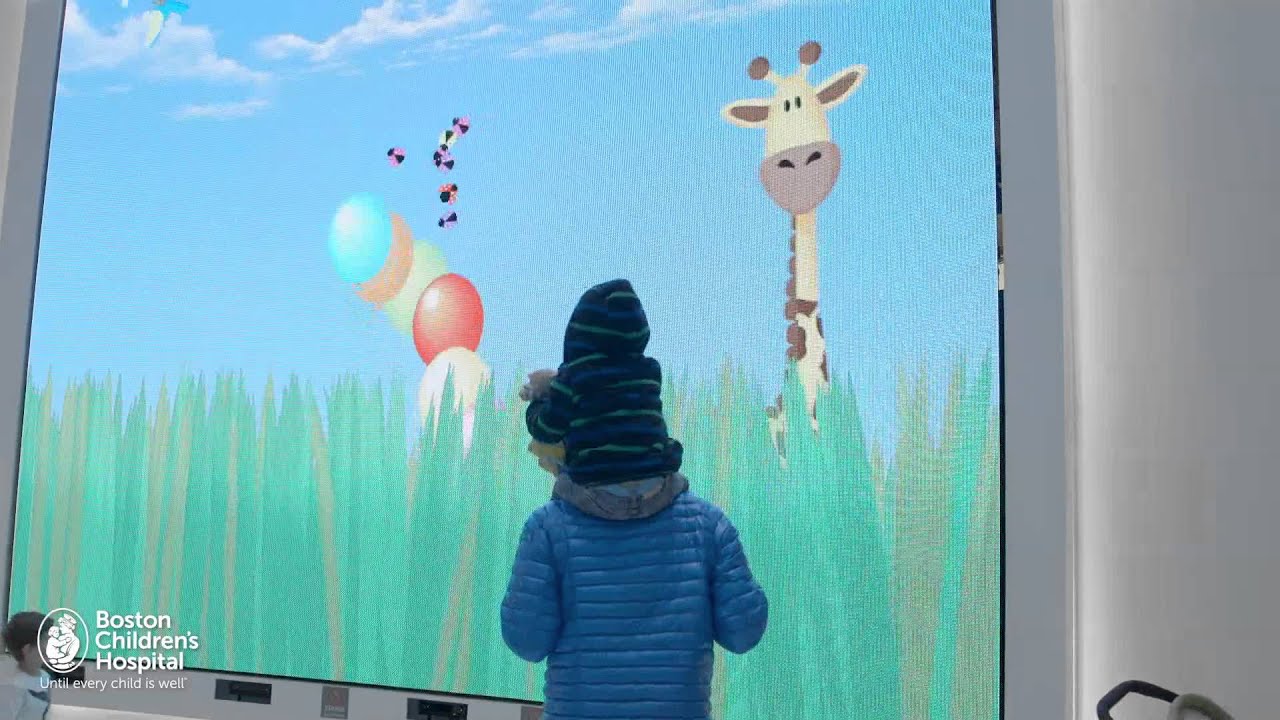 This interactive wall is designed to create a new positive experience for children when going to the Boston Children’s Hospital. Through this project, the designing team were aiming to achieve a sense of control when everything in life (especially one’s health) seems out of control and confusing.

Nemours Children’s Hospital- a hospital centered on the patient experience

This project was done by design firm IDEO. The hospital was designed to help not only the patients but also parents and families to have a memorable experience when going to the Nemours Children’s Hospital. The design of rooms and the little details such as changing the colour of lights are what makes this hospital a unique one